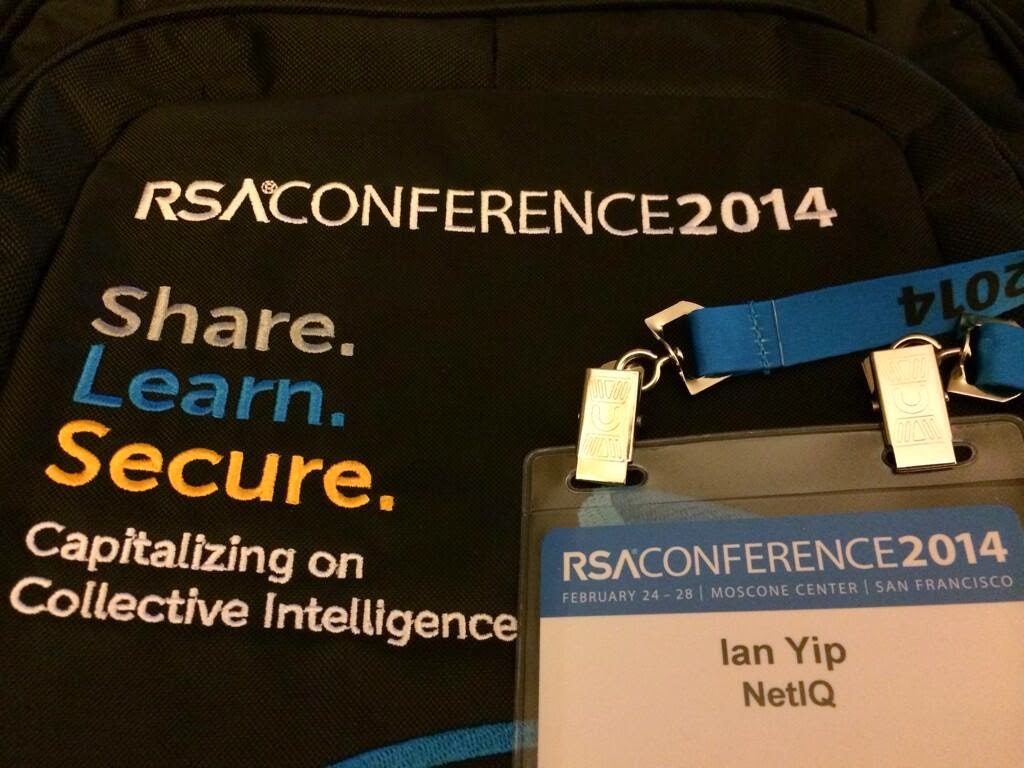 If you follow me on Twitter, you probably noticed a heightened volume of Tweets from me during the RSA Conference in San Francisco. It was great catching up with many of you based stateside that I rarely get to see in person. I was also fortunate enough to be allowed to attend sessions and live-Tweeted the ones that were interesting. Therefore, I'm not going to regurgitate/organise my Tweets into thoughts here. I will however, highlight a few key points that I felt were important.

This was an RSA conference where everyone was talking about the NSA. First, there were the well-publicised boycotts from speakers. Then came the competing conference. Then there were the protesters. RSA Chairman Art Coviello opened the conference and addressed it up front (right after William Shatner's song and dance). Stephen Colbert closed the conference with an NSA-heavy keynote (incidentally, he was hilarious). And in a show of courage or stupidity depending on your perspective, the NSA even had a booth on the expo floor.

There were many stories written about this during the conference, so just use your search engine of choice. But if you don't feel like searching, check out the New York Times' Nicole Perlroth and her blog post detailing some of the NSA-focused activities. My Tweet stream was also relatively NSA-heavy, so go check that out too.

There were many US Government speakers from various departments and they all had one thing in common: they were in damage control mode. Essentially, it boiled down to these points:

How do we make life more difficult for governments to spy on us? Encryption. Sure, governments have quantum computers working at cracking encryption measures, but they really don't like having to do it. It was a topic of discussion during the cryptographer's panel and made in relation to the NSA. Bruce Schneier has mentioned it on many occasions and reiterated his sentiments during his session at the conference. 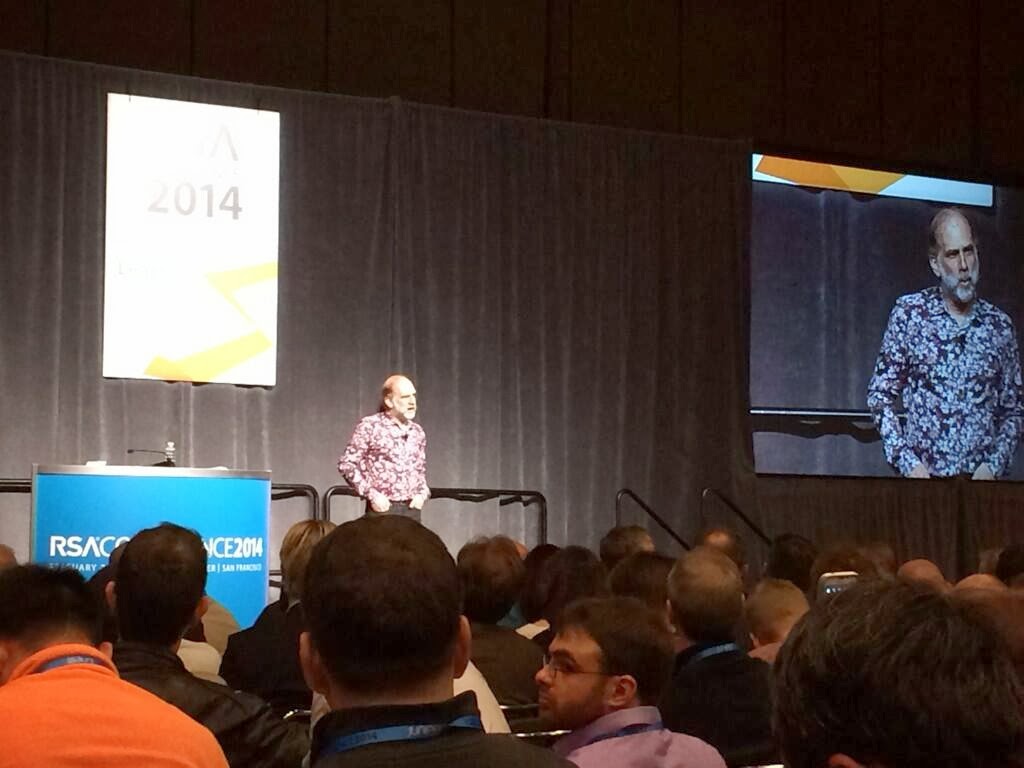 I said it in my IT security predictions for 2014 and I've mentioned it on television.
Start with encryption. It won't fix all your security issues, but it's a good start and a good countermeasure for issues beyond the NSA and government spying.

Despite the fact that Snowden's been the poster child for the fact that privileged users can do a lot of damage, there wasn't a great deal of noise (compared to the NSA and government spying), except in sessions relating to industrial control systems. In every session I attended where industrial control systems were a topic of interest, privileged users came up as a primary focus area. Often, industrial control systems are tied to users directories (usually Active Directory) and most attacks simply aim to compromise an account within the directory. Once compromised, an attacker will escalate privileges until they have sufficient access. In other words, the more "administrative" the account, the quicker the compromise. In short, at the very least, organisations must secure and monitor privileged accounts in directories and operating systems.

You didn't need to attend the conference to know IoT is big in 2014. While I don't believe many are doing anything in terms of IoT, I don't discount the fact everyone wants to talk about it. It became clear in listening to some IoT-focused sessions that the biggest challenge in securing the IoT at the moment lies with the ignorance and complacency in the manufacturing process, particularly with device manufacturers.

Far too many do not implement (or care about) basic security practices in delivering a product. Many use default settings, which are often insecure. In addition, they often reuse the same insecure software components in updated versions. Beyond this, there is difficulty patching existing devices, particularly in trying to figure out how to do this without user intervention. We can't even get this right for existing computing devices. How are we expected to get it right for devices with in-built computers most are not aware of and cannot access easily through a usable interface? This is why it's relatively easy to hack cars.
Posted by Ian at 4:57 pm